Why Telling Stories is Important 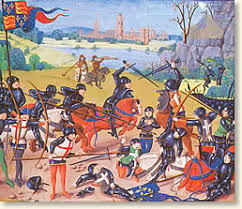 Be in their flowing cups freshly remember’d.
This story shall a good man teach his son;
And Crispin Crispian shall ne’er go by,
From this day to the ending of the world,
But we in it shall be remember’d;
We few, we happy few, we band of brothers;

Agincourt 1415.  Immortalised by William Shakespeare in Henry V, it has served to inspire many to find courage amidst a sea of despair. As a historian, I have often studied the past to gain insight into the human condition. As a psychologist, I know that stories and myths give us the framework to explore our character strengths. Joseph Campbell states in his book ‘The Hero of a Thousand Faces’ that storytelling is ubiquitous, celebrating the Hero’s Journey through life’s trials and tribulations. Stories give us meaning and purpose, giving us the strength and resilience to overcome what sometimes seems insurmountable. Our predisposition to reading books, watching movies, and gaming is well understood by the entertainment industry. How we see the world, our beliefs, are wrapped in the story, and is how we have shared information with each other since time immemorial.

When I was developing a cyber intrusion detection system for government, we were faced with an impossible task. We had limited time, a low budget, and a small team. The team had been working on the system for a considerable time, and had lost motivation and hope. This led to conflict, internal bickering and a lack of focus. When I took over the project, I did not know how to pull the team together, to work through a complex technical cyber problem. Knowing the power of storytelling to motivate I explored ideas with the team and it was then that the analogy of Agincourt developed. Being a British team, the story had particular resonance since it had been used by Shakespeare who had penned one of the most inspiring calls to arms in the English language. The team identified with the archers on the field of Agincourt, and it gave them the inspiration to tackle what seemed to be impossible.

The Agincourt battle was a turning point for the English in the long Hundred Years War and was an unexpected victory against a numerically superior enemy. By the time it took place the English army had marched solidly for two and half weeks, had very little food and were severely depleted in numbers due to illnesses such as dysentery. It was a battle that Henry V would rather not have had, but his escape route to Calais was cut off by the French. Delaying the battle would have only weakened his exhausted army further and given the French time to assemble more troops.

Before the battle, Henry gave an impassioned speech about the ‘rightness’ of their cause and went on to lead the battle from the front with hand-to-hand combat. Whilst Henry was helped by the muddy terrain that worked against the heavily armoured French, the skill of the archers, the application of the longbow and the bravery of the troops outnumbered four to one (by some historians reckoning), imprinted Agincourt into our British ancestral memory. It certainly gave us something that we could identify with, if they could do it, so could we. Inspired by the story, the ‘being’ of the team changed from ‘we can’t do this’ to one of a supreme effort of pulling together and problem solving. Much like Henry had done with his recognition and use of the skill and talents of the archers, who were ‘ordinary’ men as opposed to noble knights, we played to each others strengths regardless of the ‘hierarchy’ and solving the problem became the primary focus. With concerted effort, we were able to develop a first class system, with limited resources, and low budget. We proudly demonstrated the first phase of system to our then Prime Minister, with a sense of pride. Agincourt gave us meaning, and a sense of purpose. It gave us courage to tackle what might seem hopeless. It bonded us together, as a ‘band of brothers’. As an interesting aside, one of the mistakes the French made in their planning of the battle was to ignore the English and Welsh archers all together and focus on the small number of noble men-at-arms. Their rigid notion of hierarchy and that noble ‘men-at-arms’ were worth far more than ‘ordinary’ men proved their undoing.

Sharing a corporate vision in a story, is essential to tackling cyber security. It is the bond amongst the team, working together a unit, to tackle external threat, that makes organisations resilient. Cyber threat is continuous, and cyber attack inevitable. Having a common vision, gives us all the tools to thrive, when faced with what might seem insurmountable. We did get an email from another international government department. They asked us how we managed to do this, with no budget and few people (they had a team of a 100 people working on it). We replied simply, ‘Agincourt’. The rest is history.

Of course we used something quintessentially British for our challenge. There are many other powerful myths and stories that can equally inspire, both historical and fictional. I have also worked with teams (particularly in IT) who have drawn inspiration from science fiction, with Star Wars, ‘the Force’ and Jedi Knighthood being particularly popular. The power to galvanise tired, dispirited teams is remarkable and bears testament to the fact that identifying with story is built into our very DNA.